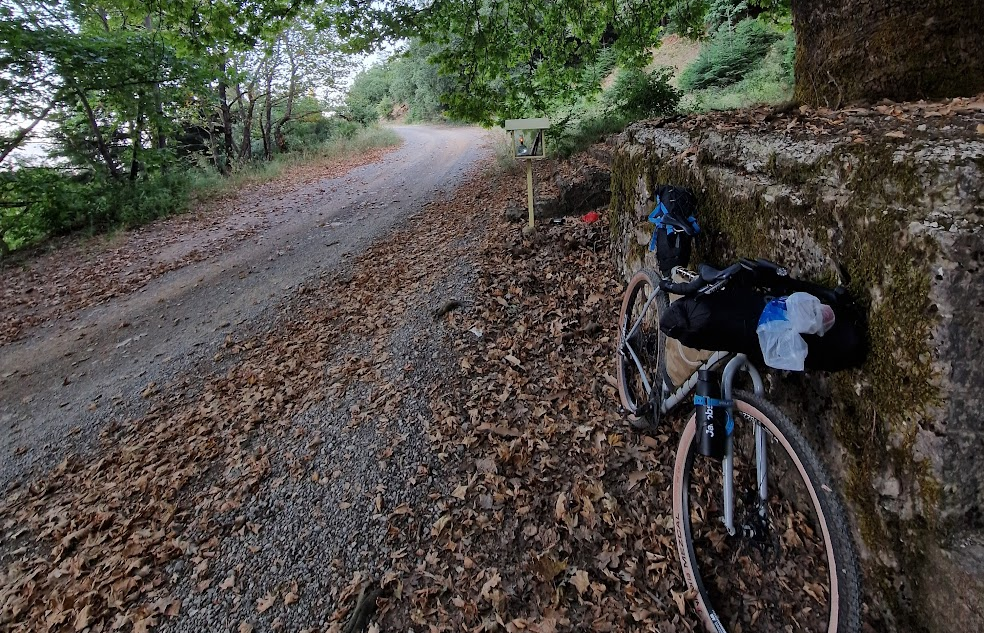 It was the first Friday of August. While other Greeks and tourists had already fled to the islands and the crystal clear beaches, I had decided to stay on the mainland.

Most of my routes have no plan, I just open a map, find a mountain and see if I can figure out a route there.
In a spur-of-the-moment decision, I chose to head up to Mount Parnassus and spend a night there!

I don’t have a lot of experience with camping and survival. So I’m cautious when it comes to overnighters…

On Friday afternoon I opened up the maps, found a train station that was close to the mountain, and started planning a route. Combining asphalt roads and beautiful ascents through dirt roads I planned a way that ended up in the grassland of Arachova.

I missed the first train by a couple of minutes but I was in no rush so I just took the next one that was leaving 3 hrs later. I went for a coffee in Psyrri and later boarded my train.

There was only one more person on the shuttle bus so we just started chatting; she was an Olympic Airlines retiree that now lived in the area and asked what my plan was. She wished me safe travels and we exchanged contact details.

Having reached the meeting point I met up with my friend Amélie for dinner and she graciously offered to host me for the night!

We grabbed breakfast and started riding. She had a route in mind so we went for it!

After lunch and a shower, I loaded my bike into a friend’s car that was heading back to Athens that day